A downloadable game for Windows and Linux

KingClashers is a free digital card game, where you pit your King and army against your opponent's. The gameplay is fast-paced and decisions are easy to understand but meaningful.

Your deck consists of14 cards: one of those cards is a King and the rest form their army. Your aim is to kill the opponent's King.

You start the game with your King and three other random cards from your army. Each turn, you and your opponent secretly select a card to clash. Those cards then deal damage to each other, reducing their health. Whenever one of your cards dies, you draw a new one from your army. Powerful cards have a cooldown period that lasts a number of clashes during which you can't use them.

Many cards have abilities that make clashing more exciting. Some of those abilities include healing,  damaging, reducing the cooldown and temporarily buffing cards in hands. Timing those effects well between turns can be important to winning the game.

Furthermore, you can take into account information of your opponent's hand and when they can next play their more powerful cards currently in cooldown.

Remember that Kings can also clash. In fact, if the rest of your army is dead or in cooldown then they have to. However, you shouldn't necessarily think to leave your King for the end, because they often have powerful effects that allow them to handle less powerful cards with ease. This way, you can keep your more powerful threats to deal with the opponent's King. On the other hand, clashing with your King exposes them to danger, especially if the opponent can predict your play.

The game features a fairly competent AI, which tries to read your deck and hand based on current information, predict and adapt to your plays and bluff its way out of situations.

However, the game is also distributed with a server executable, which allows you to setup network and online play. In the future, we will try to setup our own server.

Currently, KingClashers features 183 cards, which you can use to construct your own decks. You can find those cards by opening boosters (in-game currency to get boosters can only be obtained by playing games).

You can use online and network play to trade those cards with other players. 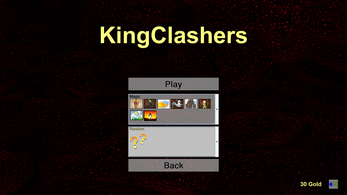 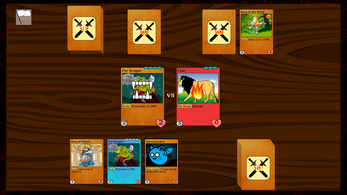 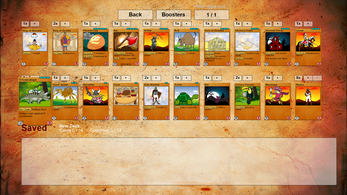 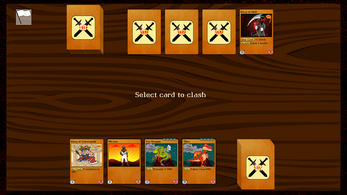